Per T. Christiansen from BMS Group is one of the first to expand his fleet with an HMF 9520 loader crane with upgraded fly-jib. He has gained extra reach when working on construction sites — and experienced a special kind of service. We visited the Regional Manager at BMS’ depot in Aarhus, Denmark.

It all began with an HMF 5020 loader crane in Norway. Per Christiansen moved to Oslo with his family in 2013 following a request from BMS' owner to become the head of a new branch.

"During my stay in Norway, we bought an HMF 5020 truck-mounted crane, and I was pleased with it. Especially because of the reliability and the reliable stabilizers," says Per Christiansen from his office with a view of BMS' depot in Aarhus. Today, he’s Regional Manager and has shown us around the site among cranes and staff.

"When I returned to Denmark, I thought that HMF cranes could also be relevant here. The past 10 years, the Aarhus department had used other brands."

"We were particularly interested in reach, which we would get more of with the new fly-jib. This is important to us on construction sites where the last inches make all the difference. For example, when we have to reach through a building. I'd also experienced the EVS stability system working well on the 5020 crane in Norway. That system was also part of the 9520."

To put it plainly

The start-up with the first edition of the upgraded 9520 fly-jib did not go by without technical teething troubles. But Per Christiansen noticed something special in his contact with HMF's service team.

"I could sense that HMF is a Danish company. It was easy to get hold of the right person. The people I spoke to made decisions. We also strive to have that approach at BMS — to have a culture where we dare to disagree with the manager and think independently. Maybe it’s particularly Danish to put things plainly. This is how HMF acts when challenges arise, which made things easier for us."

Cranes are the coolest thing in the world

Per Christiansen has previously worked as a crane operator in several European countries. He is originally from Southern Jutland and educated farmer, but as a young man he thought “cranes were the coolest thing in the world”.

Therefore, he made the move and became a crane operator after graduating from high school and agricultural college.

At BMS, he has worked his way up through sales, disposition and customer contact to the position as Regional Manager for the Aarhus department. He’s in charge of 40 employees and think he's lucky with his job.

"It suits me well to be in an organisation and work with people based on trust, freedom and solid common sense. Also in relation to our partners."

The BMS Group is a European leader in cranes and lifts of all sizes.

BMS was founded in Denmark in 1953 under the name Byggeriets Maskin Stationer (BMS).

Today, the group has branches in Denmark, Sweden, Norway, Germany, England and Poland and employs more than 1,400 employees.

Globally, BMS is a leading provider of services to the wind turbine industry. 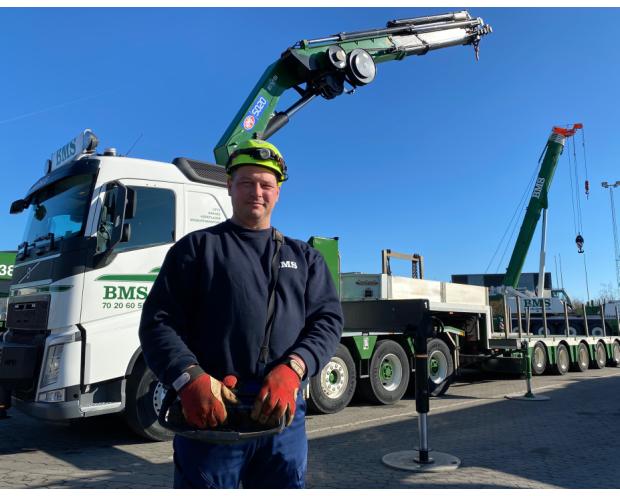 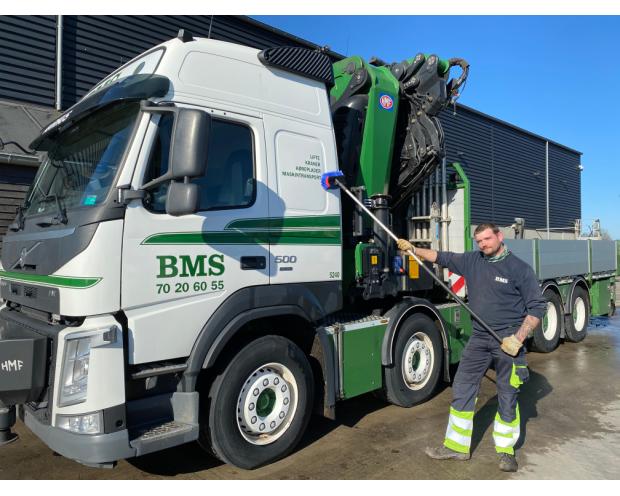 Back to news section